Projects of Dutch clubs in the Champagne region

Rotaractors know as no other how to combine having fun with doing good. 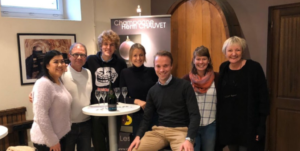 Rotaract Club Zwolle was no exception to the rule when they picked the Champagne region for their annual club weekend in 2011. Besides spending a fun weekend together, they also traveled with a mission: visit a local, independent vineyard to learn about champagne making, sample their products in a tasting, and bring bottles back with them to sell for charity in Zwolle. This project turned out so successful and fun that the club still travels to Reims and visits the family-run Chauvet winery every year for a weekend during the grape harvest season. They combine this with a varying cultural program which sometimes includes the Rotaract Club Reims.

In a typical year, they sell almost 200 bottles with bottle prices ranging between 25 and 60€. The sales are partially anticipated and are mainly realized through their network, including the three local Rotary clubs. The more budget-friendly bottles are a big hit, and some even end up in the Christmas packets of companies! Each year, a different local charity is chosen with care among all members, preferably combined with a hands-on activity. Previous projects benefited various vulnerable groups, including the homeless, children, and disabled people.

It only takes time until a project like this is copied and adopted by other clubs. Rotaract Club Utrecht had their first weekend in the Champagne region in 2019. They visited three champagne houses and bought their favorite bottles from each winery back with them. The proceeds supported the local association “The Tree Party,” which plants and protects trees in Utrecht and educates the public.

In 2020, the trip had to be canceled for both clubs, unfortunately. This did not put a stop to the champagne selling and charity support at all. Due to their well-established ties, Rotaract Club Zwolle had the usual order delivered to their doorstep. Very timely, they supported a local association that aims to prevent social isolation of children this time. Rotaract Club Utrecht received their favorite two bottles at a store in Belgium and picked them up from there. This edition supported a local association that brings terminally or chronically sick patients to their dream location. 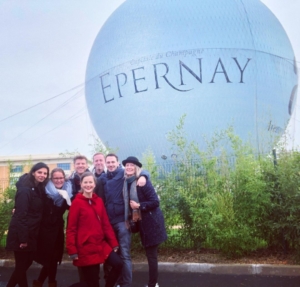 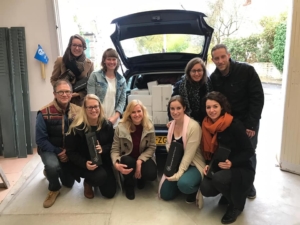 BeeCycle: How to up-cycle furniture and support sustainable solutions.

Together for Children Education
Scroll to top