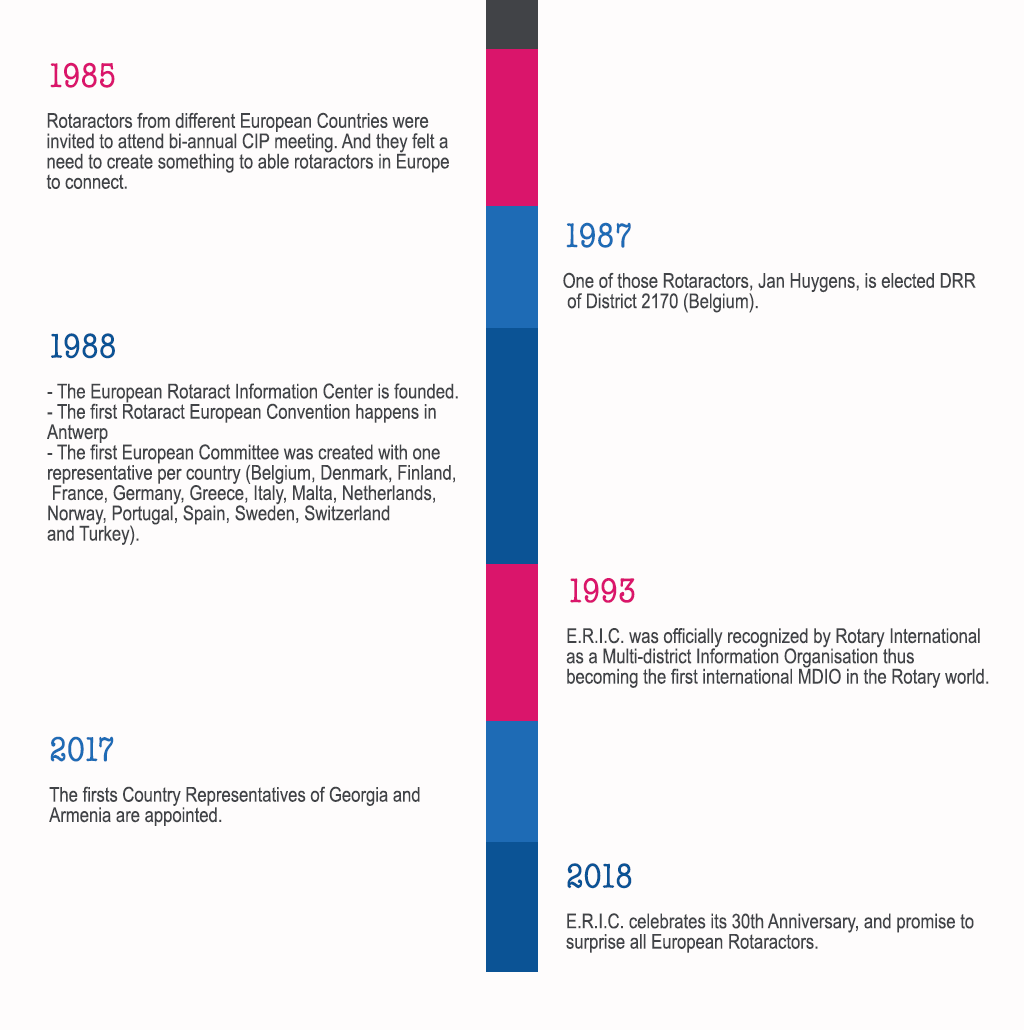 What is our purpose?

According to the E.R.I.C. bylaws, the main purpose of E.R.I.C. is:
“…develop international relationships between clubs and members all over Europe by bringing Rotaractors from all over Europe together.
Besides this the objectives of Rotaract Europe are:

Under this broad umbrella, the E.R.I.C. undertakes multiple activities, which slightly differ from year to year depending on the members of the E.R.I.C. Committee. Usually the following is performed:

The E.R.I.C. Committee convenes 3 times a year:
– REM Fall (usually last weekend of September or first one of October),
– REM Winter (usually in Mid January)
– EUCO (usually in end of May / beginning of June).

The exact dates of the REMs and EUCOs are announced well in advance.

During the rest of the year, since the members of the Board and the Country Representatives are spread in different countries, most of the work is done via e-mail and Skype calls.