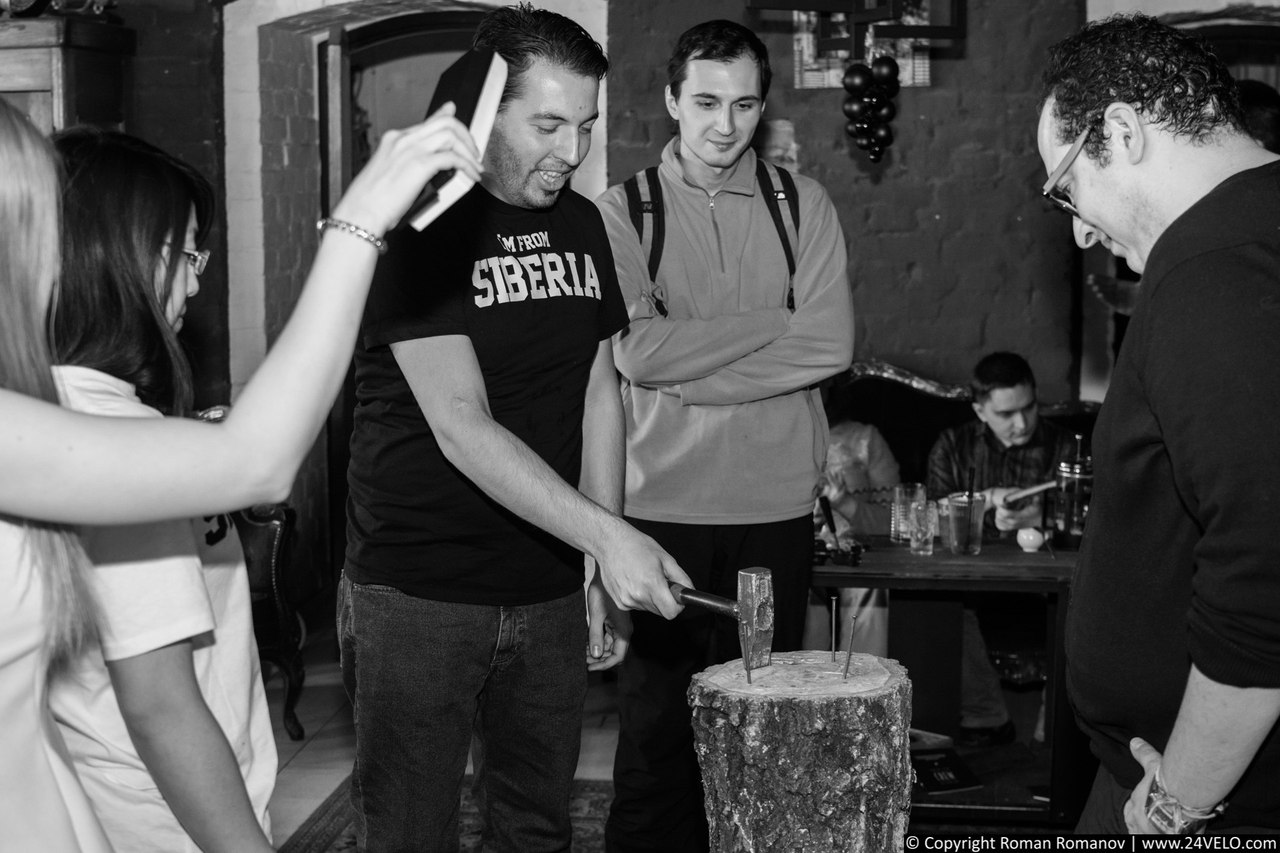 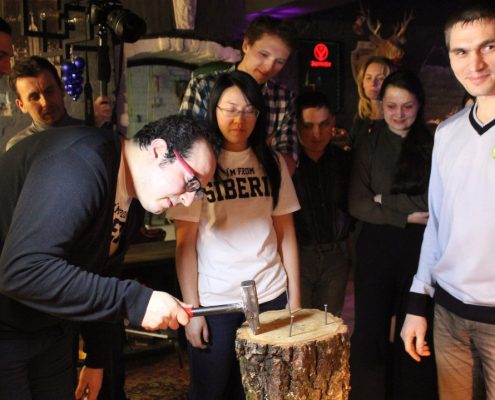 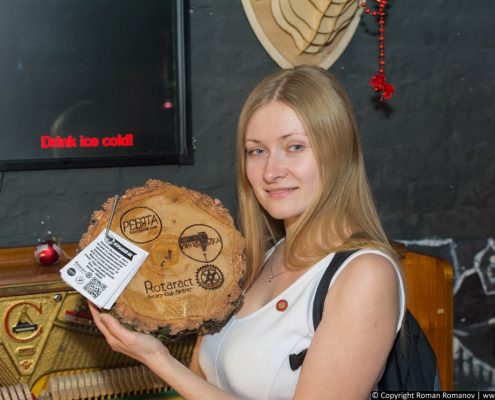 Charity today does not lag behind the rushing speed of life: developing all spheres of society, people find new interesting ways of social assistance. Organizing a successful fundraising event is now the number one skill for any social project. Our main goal is to interest people, to attract their attention and create the desire to help.

In many ways, charity is pure creativity. Not having strict limitations, sometimes it takes quite bizarre forms.

For several months the Rotaract club “Krasnoyarsk-Yenisei” has been collecting money, offering people … to clinch nails. Artem Martynov, one of our most experienced members in the end of 2016   entered the Open World Program where he peeked an unpretentious bar game called Hammerschlagen.  Participants take turns clinching the nails into the log – usual nails in the usual log. However they turn the hammer with a sharp side. At first it seems that the game is too simple, but after the first miss, confidence is a bit dispelled and  the excitement arises. One move – one attempt and two scenarios: either this blow becomes victorious, or the participant bends his nail.

This game has long historical roots. Someone thinks that it appeared in Germany, someone gives authorship to Poland, America and  Kalmykia. We chose the Polish name “Piateczka”. In terms of fundraising, the main value of the game is in its simplicity.  And that is how we captured a new audience: young people (20-30 years) are glad to play  “Piateczka”  for  a nominal fee on a Saturday evening.

Since the beginning of the year, the Rotaract Krasnoyarsk-Yenisei has carried out the “Piateczka”  tournament three times. The first time it was held as part of the Siberian Trip  with our foreign guests. The Russian guy became the winner of the championship, but our guests had a pleasant impression of the game.  For the second time, the “Piateczka”  was held at the annual PETS in Omsk.  The third time the tournament took place in Krasnoyarsk and all the tickets were sold out at a fast clip.

Happy winners get  give gifts from our partners. Thanks to the collected money we were able to help children from the social rehabilitation center by providing them with anti-cold medications they badly needed during the flu epidemic.

We want to get out a simple and important message: it is easy to help! It doesn’t require huge money and work.  Just look around and you will find your unique idea!